Keep Calm and Party On
Losing Streak
Heads You Lose is the 4th episode of the fourth season of Veronica Mars.

Convinced the bomber is still at large, Veronica Mars visits Chino to learn more about Clyde and Big Dick. Mayor Dobbins' request for help from the FBI brings an old flame to Neptune. Veronica confronts her mugger.

After the second bombing, it was announced that one person died and 12 were injured. Veronica goes to Chino prison to find out more about the connection between Clyde Pickett, Richard Casablancas, and Perry Walsh. She talks to guys that she put in prison back in the day. They disclose the truth about Clyde and Dick. They were close in prison, with Clyde as Dick's protector, but Clyde actually conned Dick into thinking he needed a protector- knowing that Dick was rich and that one day he would return the favor with money, after prison. Clyde's plan worked.

The guys at Chino also revealed that Perry and Dick worked together in the library, so they knew each other. This information adds to Veronica and Keith Mars' theory that Dick planned the bombings so that it would become less of a spring break destination. Also so that businesses would sell their properties for cheap, in order for Dick to buy up all of the beach front property.

Keith started interviewing beachfront property owners to find out that they were all being harassed. People were putting graffiti on the walls, pooping in ice buckets, etc... This, in addition to the bombings, convinced several of the business owners to start selling their properties to get out of Neptune. Keith also finds out that many of the business owners were in a resistance group, let by Sul Ross (the Sea Sprite owner), who were fighting against NUTT.

There was a third bombing on the beach. A boy, who was seen spiking girls' drinks with drugs, woke up the morning after on the beach with a bomb strapped to his neck. He freaked out and tried to disable it, but then it blew up and blew his head off.

Veronica has a long lunch with Leo D'Amato, where they start to do a bit of investigating in the hardware store, which sells nails similar to the ones found in the bomb. There, they see Clyde buying something. They decide to follow him to see him go to Mars Investigations, of all places. He had a meeting with Keith.

Veronica and Leo walk into the office to find Keith and Clyde drunk, after drinking whiskey for several hours. Keith claims it's all for the investigation because he's good at his job, but Veronica can tell that he's starting to like Clyde as a friend.

At a local council meeting, Penn Epner speaks before the crowd pointing the finger at Richard Casablancas and Clyde. He says to vote against NUTT. The crowd goes wild, and Big Dick and Clyde are furious.

Dodie Mendoza and Alonzo Lozano "kill" Tawny Carr's brothers, per request of congressman Daniel Maloof, but one makes it out alive (unbeknownst to Dodie and Alonzo). A passerby later sees one of the brothers with his hands tied in a deserted area with two bloody wounds visible. 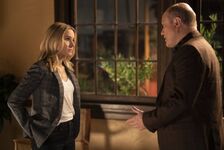 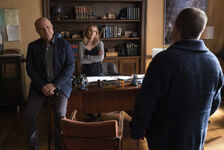 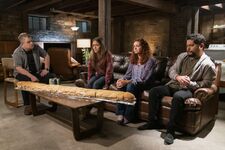 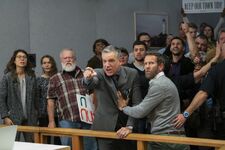 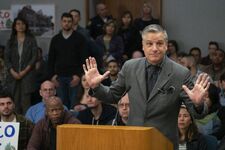 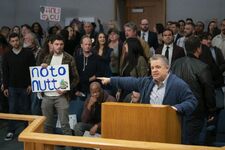 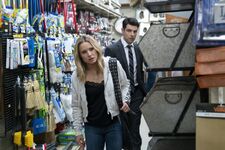 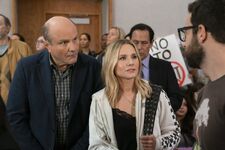 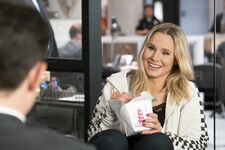 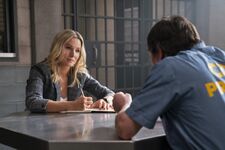 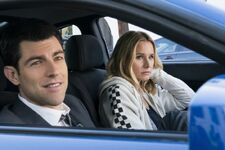 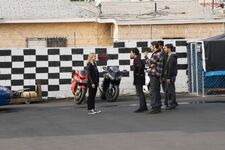 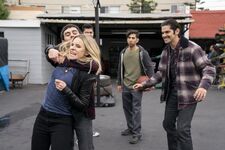 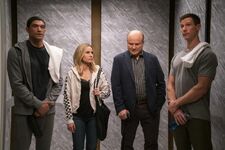 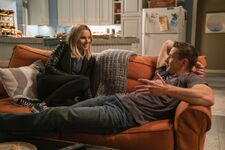 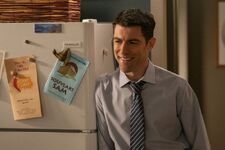 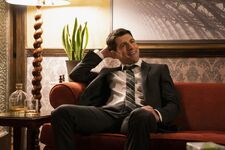 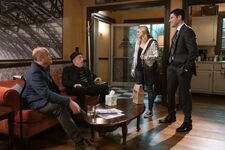 Add a photo to this gallery
Retrieved from "https://veronicamars.fandom.com/wiki/Heads_You_Lose?oldid=12339"
Community content is available under CC-BY-SA unless otherwise noted.